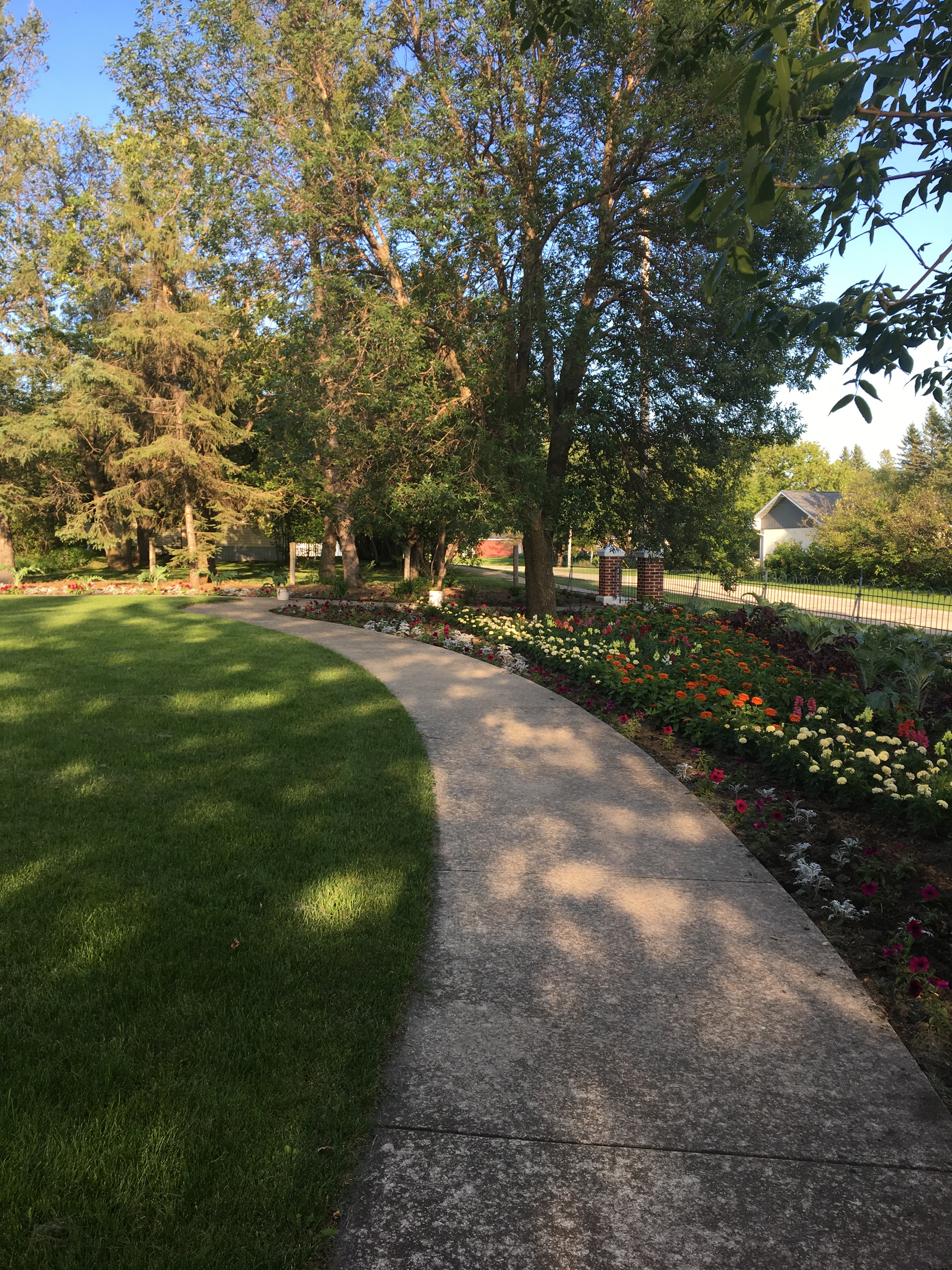 The Darlingford Memorial park was started in 1920 by several community members and Ferris Boulton, who drove the first spike by donating the property close to the school, so that all school children would see and memorize those three words "Lest We Forget" worked in stone in front of the memorial property. The grand opening was held on July 5, 1921 and the dedication of the plaque of names of those who fell and "sleep in Flanders fields" as McCrea so aptly put it. The main speaker for the event was Sir James A.M. Aikins the Lieutenant Governor of Manitoba and the Honourary Colonel of the 90th Winnipeg Rifles.

As part of the Annual Service held every year on the first Sunday in July at 11am and Everyone is Welcome. Children present a floral tribute onto two white wooden cross's in commemoration of the sacrifice of the thirty young men who, in two world wars, gave their lives for freedom. Some of the children now participating are in the fourth and fifth generation of their families to do so.